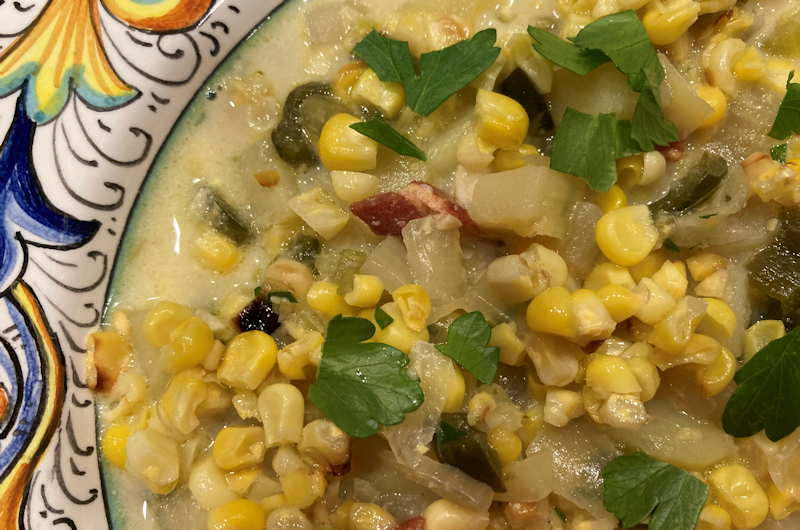 Nothing tastes as good as sweet, fresh, August corn.  Fortunately, there are some recipes that can be almost as good and very satisfying using frozen corn.  Creamy, comforting, and flavorful Corn and Poblano Chowder is just such a recipe (if fresh corn is available, that is always my first choice).  Rich tasting, but not too heavy, this soup is perfect for a dreary winter day when fresh local corn is non-existent.  Poblano peppers are typically mild but can vary widely from medium to hot.  They are spicier than bell peppers but milder than Jalapeños.

Get Cheffy – what does this mean? This usually requires a bit more time, some additional steps on the cooks’ part but has its rewards in delivering extra flavor. For added depth of flavor, grill the peppers and onion (cut into quarters) before dicing and adding to the soup. If you are making the soup with fresh corn, grill it and remove the kernels before adding to the soup. You can also broil the diced peppers and onion until slightly charred. Frozen and thawed corn can also be broiled (separately from the onions and peppers) before using.