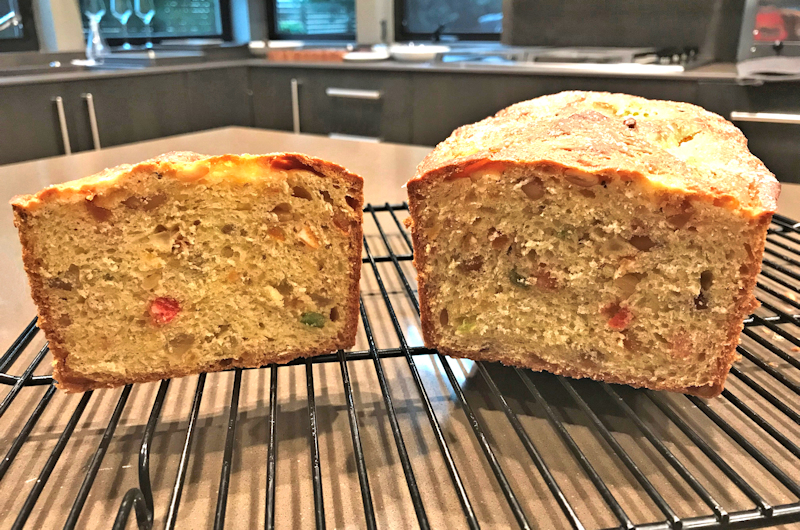 Have you ever successfully made a recipe several times and suddenly, it flops?  That is exactly what happened to my Panettone recipe.  My daughter-in-law made it recently and it did not raise properly.  Just to confirm that there wasn’t an error in the recipe as written, I immediately made a batch – same recipe I have made many, many times, and it did not raise properly – it was jinxed!!  I made 4 different loaves in one week, tweaking the original recipe here and there, until I made one that raised perfectly and tasted delicious.  Unfortunately, I did not solve the mystery of why a good recipe went bad.  But I can assure you, that this recipe works……for now!

Makes one 9×5 inch Loaf PanPanettone, an Italian sweet bread filled with citron, fruits and nuts, originated in Milan. If you google Panettone recipes, you will find many different recipes, one more complicated than the next. This recipe is not complicated, and it is nothing like the mass-produced Panettone available around the holidays. No special pans or molds; it is baked in a loaf pan. It wasn’t until Panettone became commercially produced that it took on its domed shape. Traditionally, Panettone was made with candied citron, orange peel, and golden raisins. My Mom always made it with candied fruit mix. Panettone makes delicious toast and bread pudding. We love this traditional Christmas bread and enjoy it year-round – no reason not to with this easy, fool-proof recipe!
Author Rosalie D’Amico

If you don’t like candied fruit, substitute dried fruits, such as apricots or cherries. I often use Sultanas or golden raisins.